Take me out to the Ball Game!

We had a BLAST! 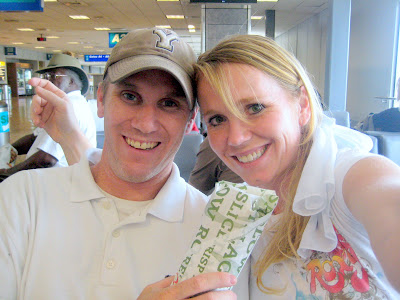 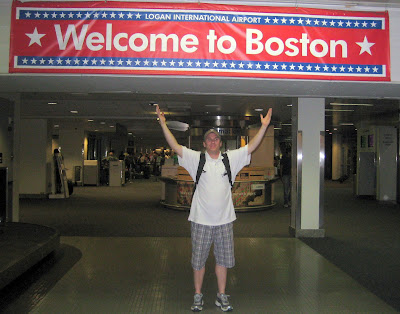 I had never ridden on a Subway before. Good think Niel was a pro and knew exactly what he was doing. The Subway went all over town. If we weren't walking to get some place, we rode the rails. 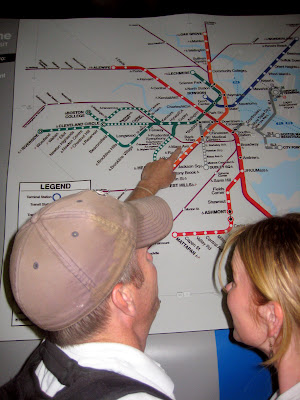 Niel attempted to use his iPhone to guide us to some good eating establishments. Unfortunately, after walking over a mile in the rain, we got to the place only to find out it was closed for construction. 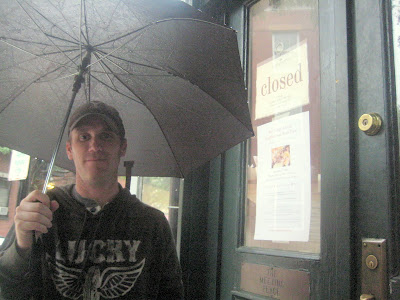 Here we are! Fenway was even better then I thought it would be!

A friend of mine said, "Fenway is the best place on earth to watch a baseball game!" I would have to agree! 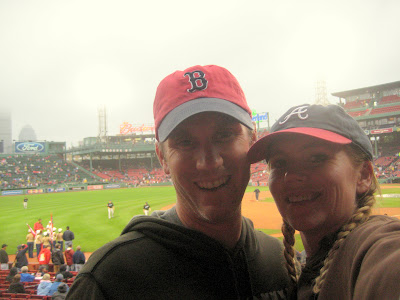 Niel was giddy! We had some incredible seats (thanks Dave). We were right next to the Green Monster. 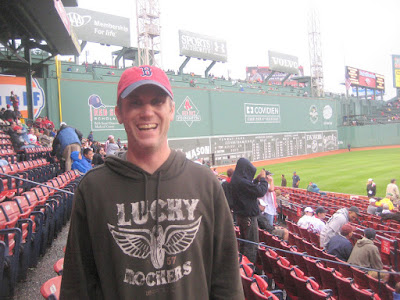 We were so close.... I could even touch the players...haha! 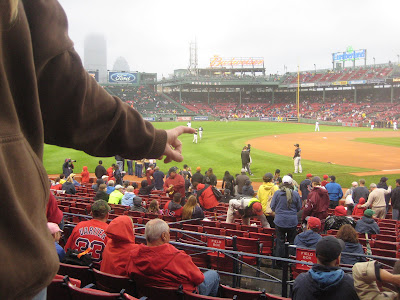 The Second day we spent walking the Freedom Trail.

A lot of very historical events transpired in Boston. 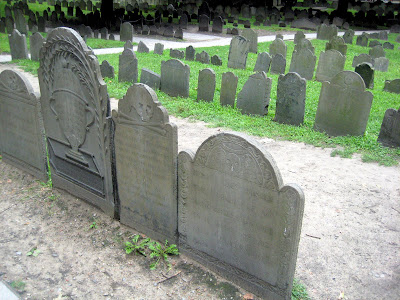 The buildings were so tall.... the sky was so blue. There was so much to take in. Boston is a beautiful city. 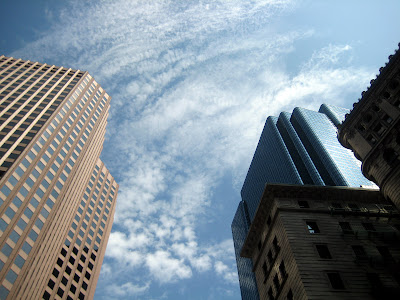 We happened to be visiting the North side during a big festival of some type. I found it so strange that people were cluttered around this.... thing (not sure what to call it). But it was a manikin draped with long streamer. People were lining up trying to pin money to the streamers. This things was covered in $10's and $20's. A band was in front of them playing as they moved down the street. And the streets were covered with TONS of confetti. It was interesting to say the least! 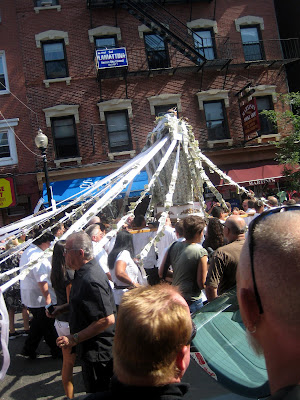 'The British are Coming!"
This is the church Paul Revere started from. 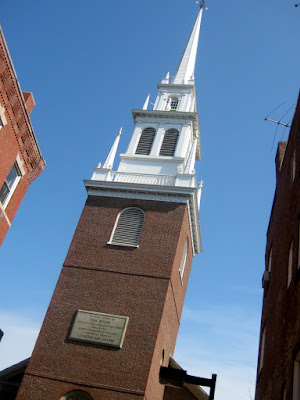 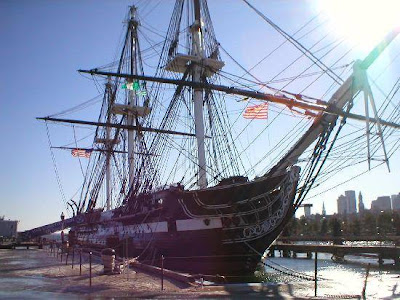 The trail ends at Bunker Hill. It took us nearly all day to walk 2.5 miles. But is sure was a nice walk!! 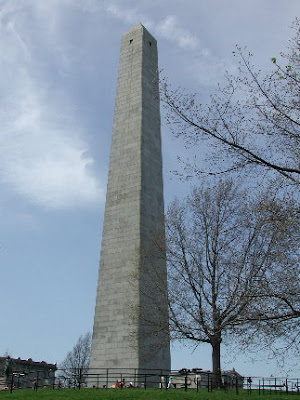 We ended up on the North End around dinner time. We stopped for some authentic Italian food. We even tried the cannoli's at Mike Pastry Shop. People were lined up outside, so we figured it must be great. 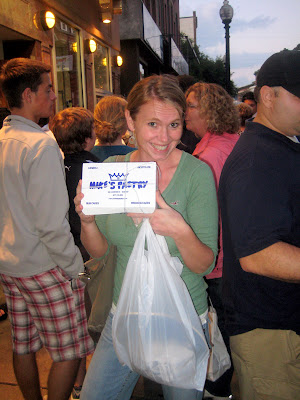 On the last day we went to the original Cheers bar. It was very cool! Delicious food too!! 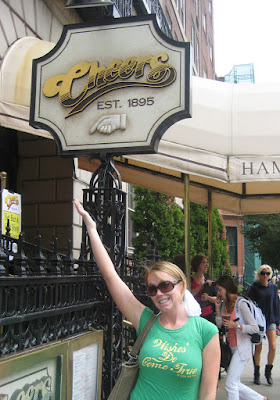 It was a great trip! Probably rate up on as one of my favorites Niel and I been on!! I think everyone should go to Boston!!

Some things to remember:
"This is just a good opportunity for you to learn patience" ~ Delicate Rain~Sudoku ~ Loud Snoring Stranger ~ First Subway Ride ~ Midnight running in the rain ~ Will Smith Movies ~ Sleeping In (everyday) ~ Walking to the best Closed Restaurant ~ "Well I speak the most Italian, so I'll be your escort" ~ Freezing Movie Theater ~ Riding the Subway with all the Red Sox Fans ~ Boston Accents ~ Subway Attendants ~ Irritated baseball cap seller ~ "Sweet Caroline" they really do sing that at Fenway ~ Clam Chowder ~ Drunk Jay's Fan ~ Afraid of a Rain Out ~ Pitcher Pitching 8 Innings ~ Drug Rehab Man ~ Italian Restaurant Owner ~ Close quarters at dinner ~ The Mafia ~ No Socks ~ Ed Kennedy's Funeral ~ Rocks on top of headstones ~ Follow the Red Line ~ Moving a dresser ~ Riding the Subway to the next stop ~ Boston Creme Pie ~ Advil Lady ~ Boston Shops ~ The Saggy woman ~ Old Catholic Churches ~ Fun Memories~
Posted by Amy at 9:44 AM

Sounds like you had a great time! I'm glad the game wasn't rained out.