We all got together to celebrate the boys football season. It was so great to see so many familiar faces!! 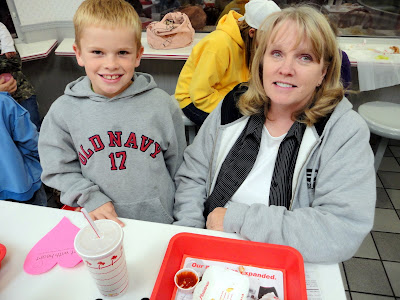 Garrett was awarded the Double Pick 6 Award. Yeah... the boy caught two interceptions and ran for 6 points. Another great point I would like to make is that no other team got a pick six scored on his team because he was in on every single tackle where the ball was intercepted! Go Garrett!! 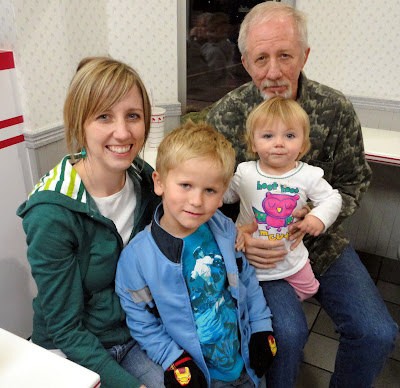 Zander was awarded the Thumbs Up Award! Zander went in for a tackle and made it. The second the play was over, as he was still laying on the ground, he looked up at me and gave me a thumbs up. It was the cutest thing ever! 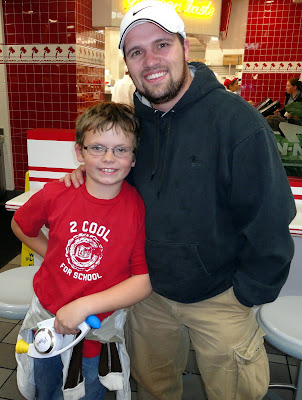 Stocks was awarded A Little Bit of Everything Award. He played just about a little of everything. He played on the offensive and defensive line, center, Linebacker, and also running back. He did a great job on each position. Way to go Stocks!! I had to really keep my eye out for him because I never knew exactly where he was going to play. 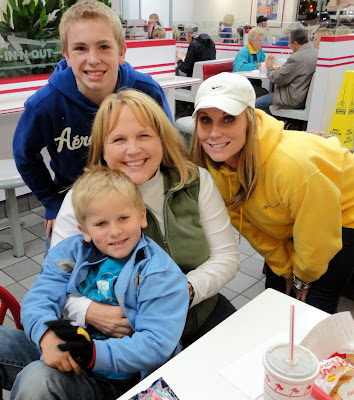 Conner was awarded the NFL Touchdown Award. He had the best touchdown I have ever seen. His body was flying out of bounds but he extended his arms and the ball made it over the line. AMAZING!! 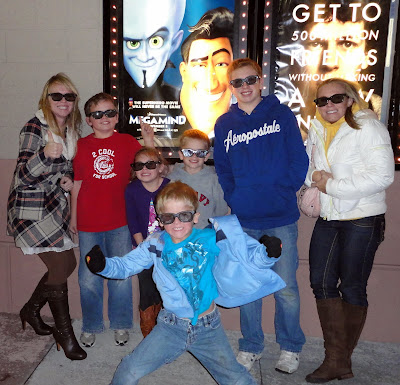 To celebrate a great season we all went to see MegaMan. Guess what? It is a pretty great movie!!
Thanks everyone for all the support this football season.
Can't wait until next year!
Posted by Amy at 5:19 AM