... Disneyland!
For Fall Break this year we decided to take a quick trip to Disneyland. The boys had told me it was child abuse that they hadn't gotten to go yet in their life. HaHa!
The kids saved their money to purchase some fun stuff on the trip. I had to take a picture of this because Stocks was SO proud of himself for saving this much money! I was pretty proud of him too! 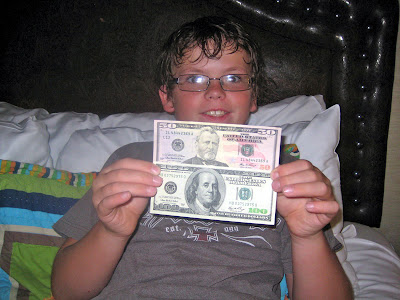 We drove the first night to Las Vegas. We stayed at The Sheraton. It had this really large fish tank. It was awesome to look at!!! 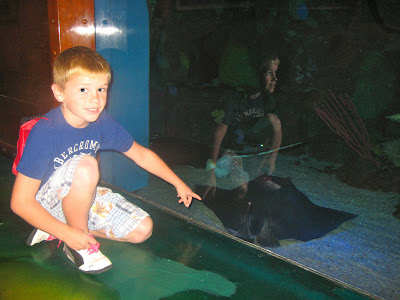 We drove the rest of the way to California. We spent the day at the cold beach. The kids said it was warm enough to be in the water. They enjoyed some fun in the ocean boogie boarding and chasing waves. 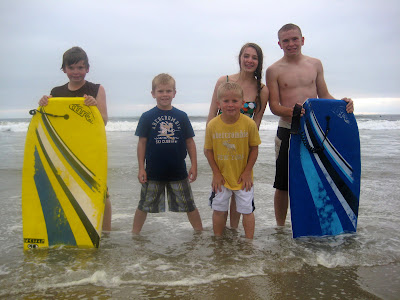 There were lots of surfers in the area. Fun to watch them ride on some waves. 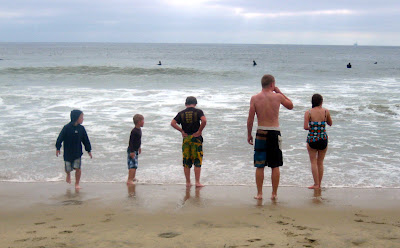 I thought it was pretty cold, so I chilled out on the shore with Garrett. Him and I played in the sand. 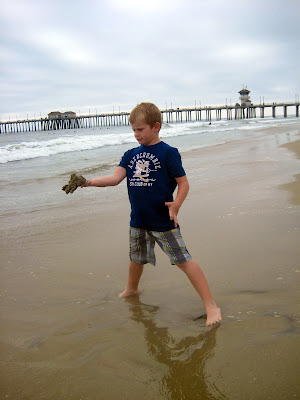 Stocky was born to surf. He loves it! For dinner was tried this awesome place called Slater's 50/50. It was so yum!! Most of us created our own burgers. We even got to name them. 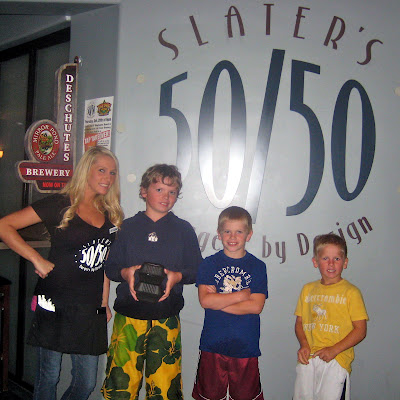 We all tried some delicous fried pickles! 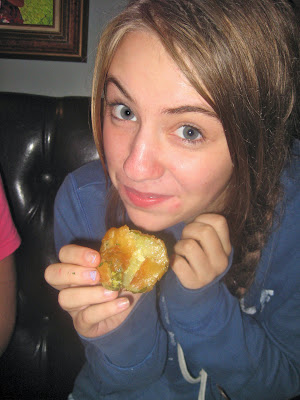 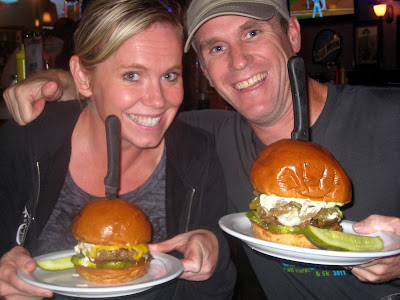 Conner was the adventurous one. He tried the PB&Jelly-ishous!!! It's a burger with Peanut Butter, Jelly and bacon on it.