Zander had a great football year this year.  He played Fullback and Middle linebacker.

Zander had a pick which almost resulted in a touchdown for him.  But his team did score because of the pick so he tells everyone he had a pick 6.

Zander played tough, and hard.  He really pays attention to the game and really gets into it.

He played his guts out every game.  His team made it to the playoffs this year!!  Yeah!! 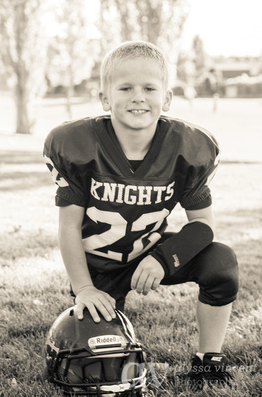 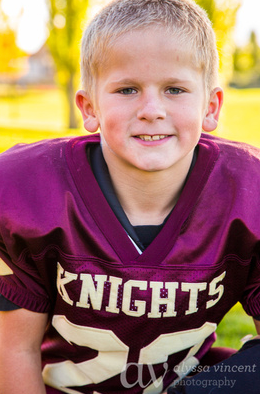 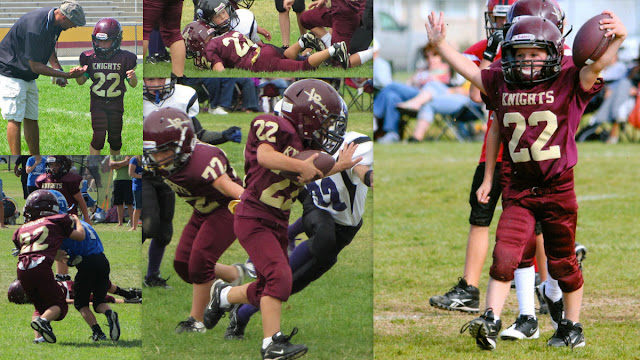 At the end of year party Zander was award the M.V.P. award.  This is a really big award for their teams as only 2 awards were given out.  I was a proud Momma. 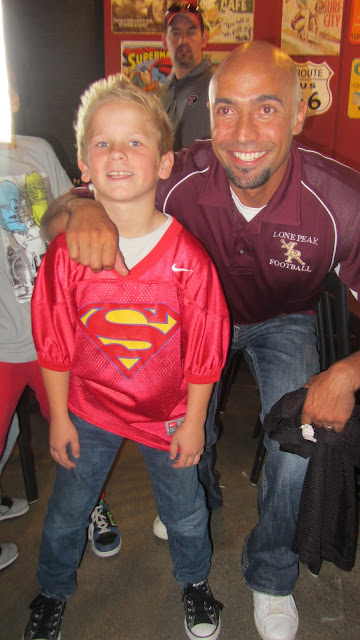