I cannot believe the football season has come to an end.

We sure did end on a great note though!

Garrett and Conner finished the season as Champions of their divisions!!! 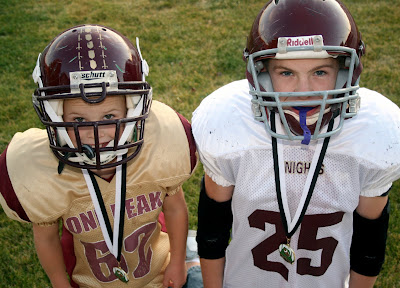 Garrett's team has grown this year! I remember the very first game I wanted to pull Garrett out because he kept getting sacked. I was sure he was going to get hurt. But after hours of practicing and drills, it was wonderful to see his team come together and play their guts out! 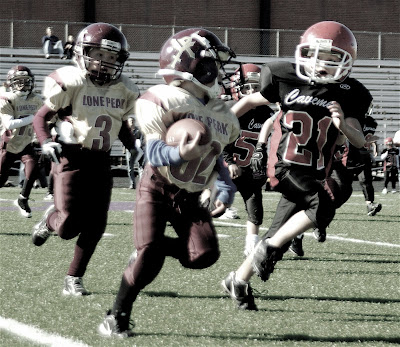 I love this picture. Notice the poor little Caveman on the ground. Brock (#3) has just made an incredible block for Garrett. The two make quit the pair!!

The final game was a blowout. The score 16 - 0 with Garrett running in both touchdowns!! 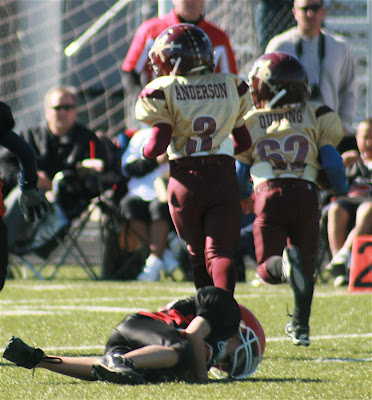 Coach Anderson has been incredible for Garrett. He has just the right touch. Often times Garrett gets discouraged and can lose his cool. But Coach Anderson has a way of encouraging Garrett and helping him keep his head in the game.

This was a tender moment for me. Coach Anderson came up and gave Garrett a big hug. Then he said, "Garrett, I love you! You played SO hard this year. I couldn't be more proud of you."

I have watched Garrett play hard. He has put his everything in each game. Some games have been so difficult, yet he made it happen every time. As a parent, it is so great to see a coach love my son as much as I do. 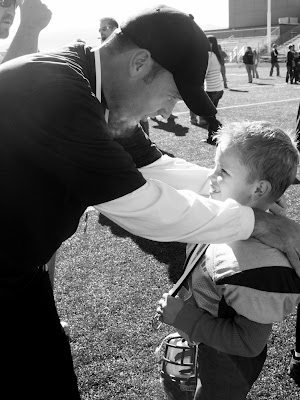 Conner's team had phenomenal season this year. They ended the season undefeated!!!

Conner made a goal for himself this year, he was bound and determined to play running back. Conner ran and trained this summer. He wanted to be fast and strong. Last year was his first year out and he play on the line. He did a great job there, but when Conner sets his mind to something, he makes it happen. He is an example to me that if you put your mind to something, and you want it bad enough, you can make it happen.

Conner played running back this year..... and he was incredible! 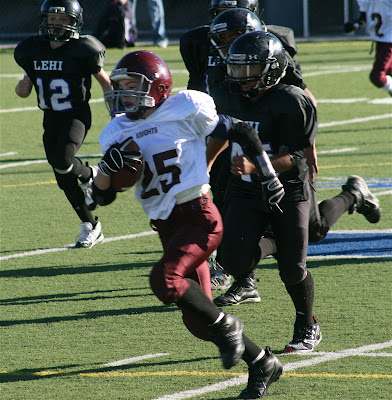 There is no juking for Conner.... he just runs anyone over who gets in his way. He is one strong young man.

The game got a little scary. Lehi Christensen is a great team!! There was a short time where they had the lead. Our team stepped it up and won by one touch down. The final score was 19-14! 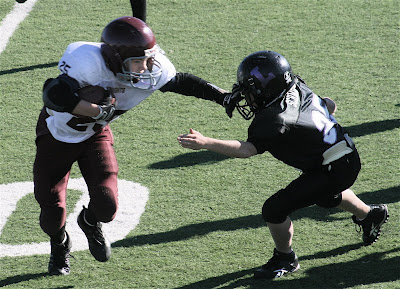 Conner is fortunate as well to have such incredible coaches. Mike Livingston has inspired Conner to be better. Everything Conner has learned about football he has learned from these fine men. I love that Conner has such great role models and people who care enough to encourage and build confidence in him. 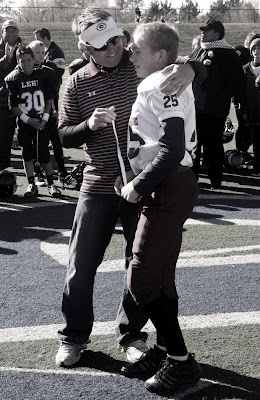 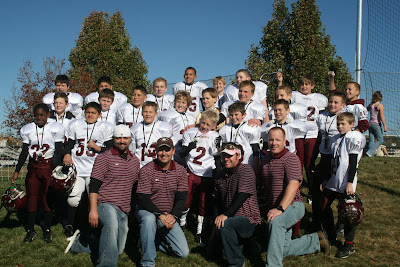 Thanks for helping us enjoy the season through great pictures.

I am sad that I missed out on seeing them succeed. One of the downfalls for living far away. But, I have been keeping up with it all through either your blog or mom.

There were several weeks when watching the highlights of the boys games were also the highlights of our week. I heard Grandma slip a few curse words out of her mouth because she got completely caught up in the games...lol...good times this season, thanks.