So this was like the best thing I have done with Niel yet this year.... although Washing DC comes in as a pretty close second.  Niel and I took a day off from work and just did whatever I wanted to do.  We went to a movie, out to lunch at Salt Cit Burger, and then we went and got pedicures!!  It was a great day! 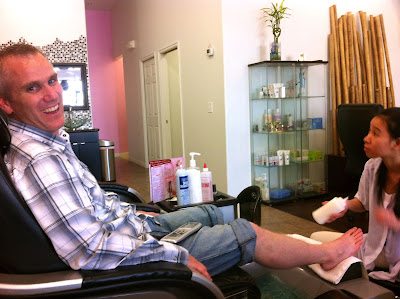 Garrett has a new favorite recipe!  Grandma J always makes the best Swedish Meatballs, and Garrett just loves them.  So, before Grandma left on her mission, she taught Garrett how to make them.  Guess what?  Garrett made these all by himself!  It's a family favorite!  Thanks Grandma... and thanks G-man! 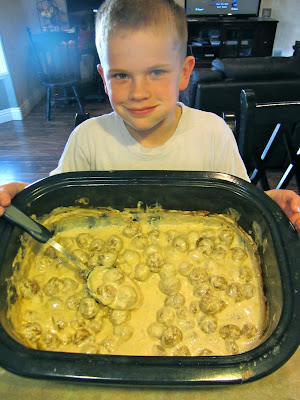 Conner and a bunch of friends in the area put together, "The Cedar Hills 1st Annual Hunger Games!"  See those packs on his back?  Those were the packs that kids had to run after in the arena.  He had a blast!  They played all day long. 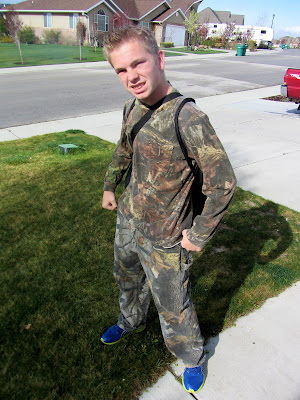 Zander is officially a scout!  He is super excited!  Garrett is now a Webelo!  The boys are growing up so fast! 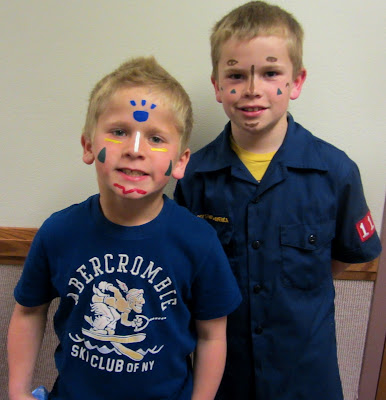 This is typical in our house.... boys doing silly things.  They were entertained for over an hour making different "hats" with their T-shirts! 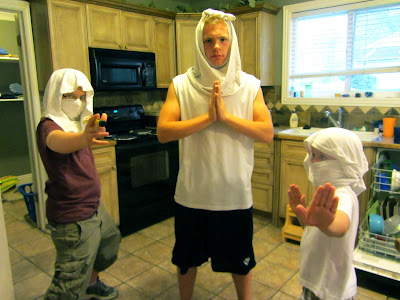 This is what Stockton has been up to.  It's the end of the school year and Stocks had a whole list of books he was suppose to read by the end of the year.  Stockton has been reading all year, but all books he wanted to read.  Good thing Stockton likes to read so much.  He read for 5 days straight, morning, evening, and right before bed.  Guess what?  He almost made it!  I think he was just 2 books shy.  I wish I could read an entire years worth of reading in just 5 days.  Only Stockton can make stuff like that happen!  :)