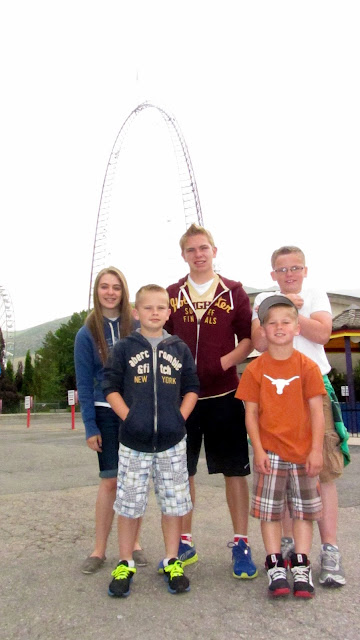 We are officially all grown up to go on the big rides in our family!  This was Zander's first time on Wicked!  He even went on it two times that day! 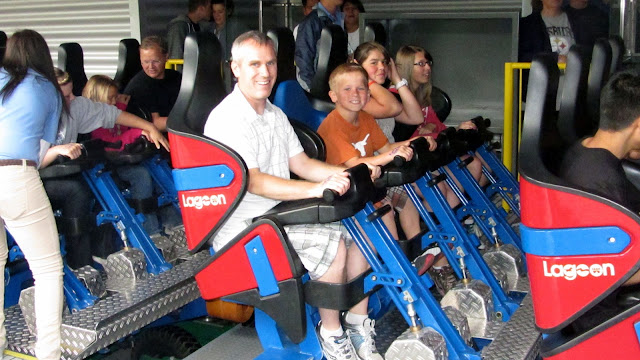 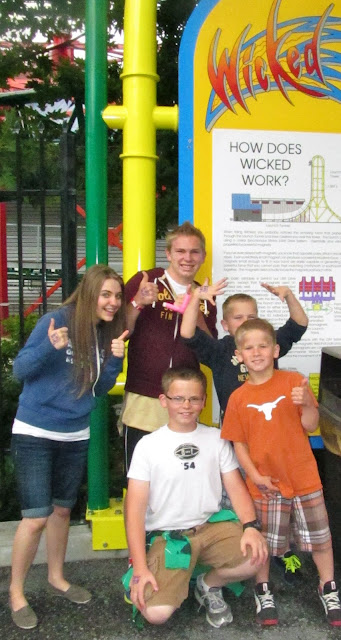 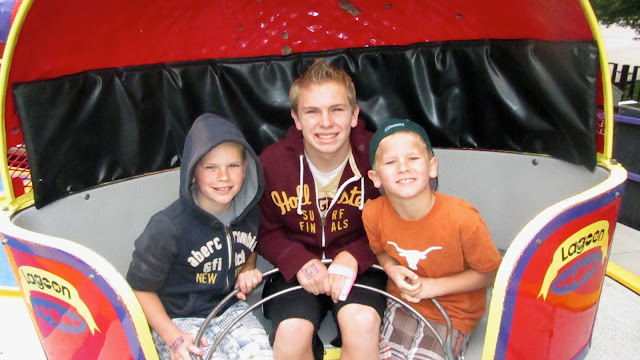 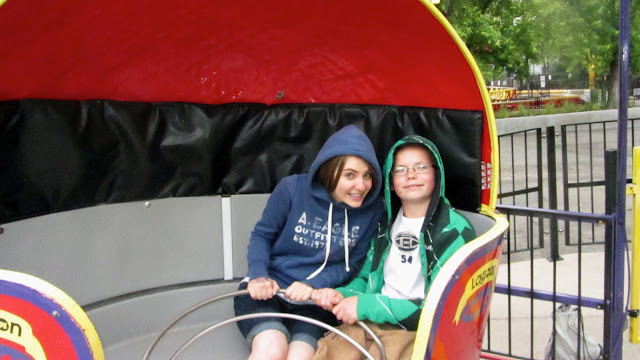 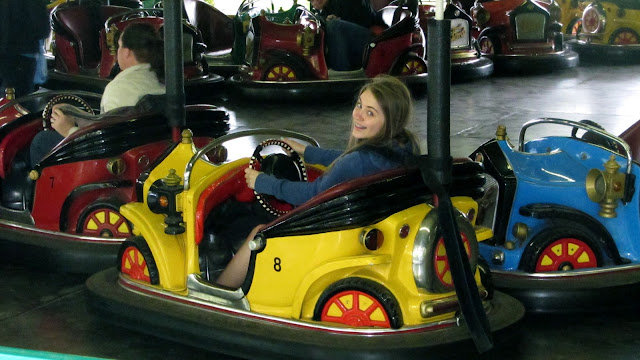 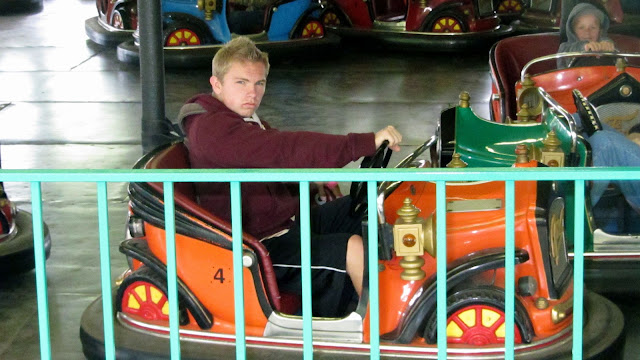 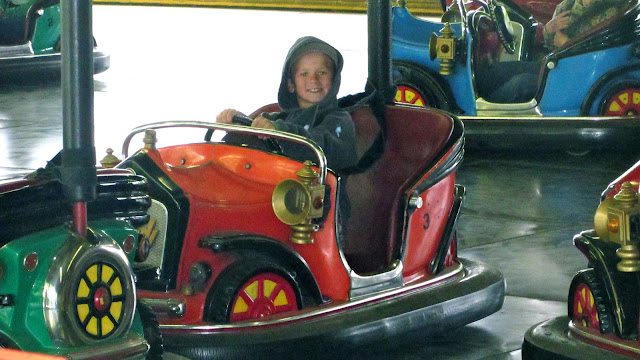 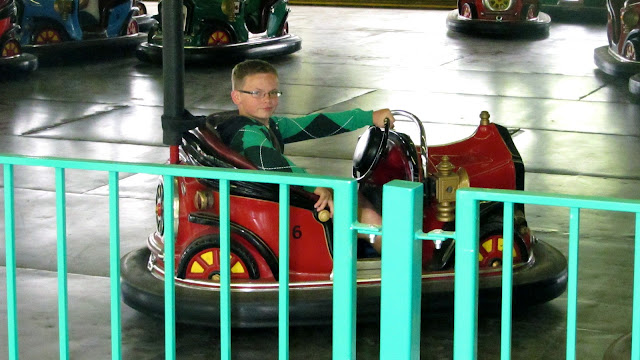 It rained most of the day we were at the park.  It was great though because that meant we had the park pretty much to ourselves! 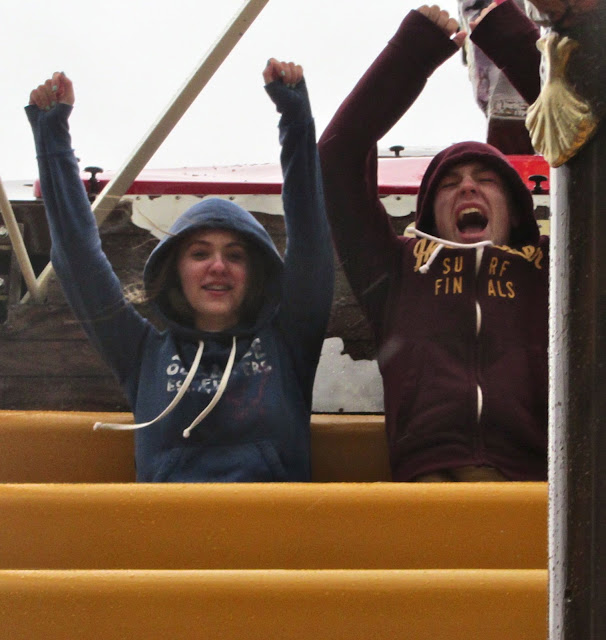 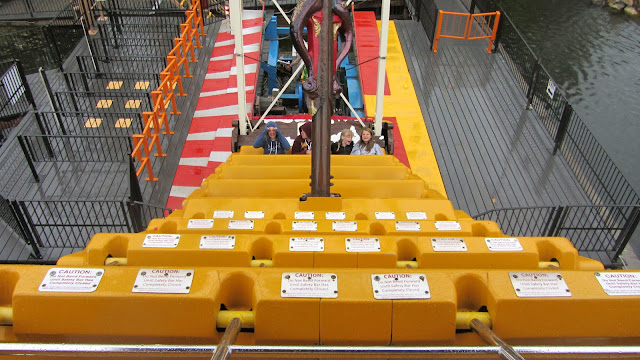 We rode the Tidal Wave 3 times in a row! 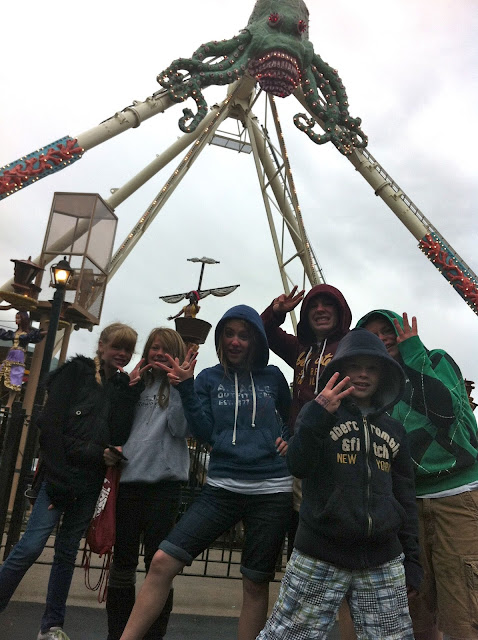 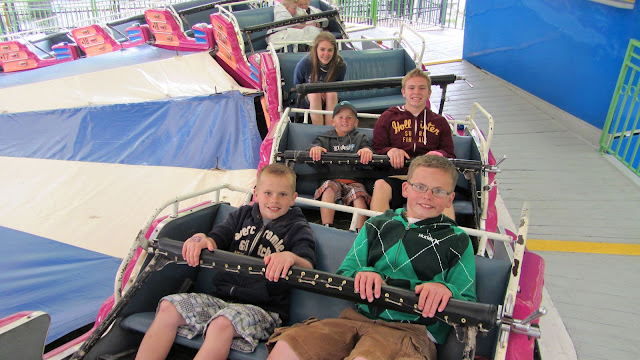 I don't have a picture of this, but Niel threw up on the Rock-O-Plane.  They had to shut the ride down for over an hour to clean it up. 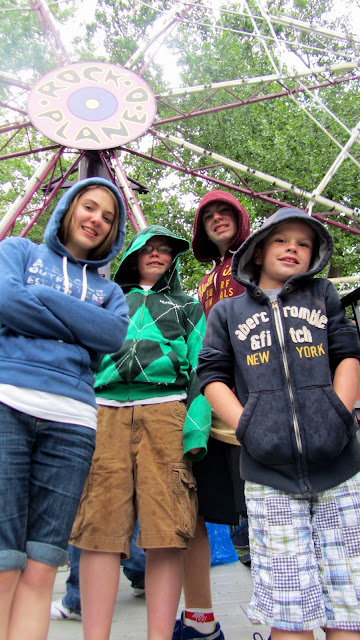 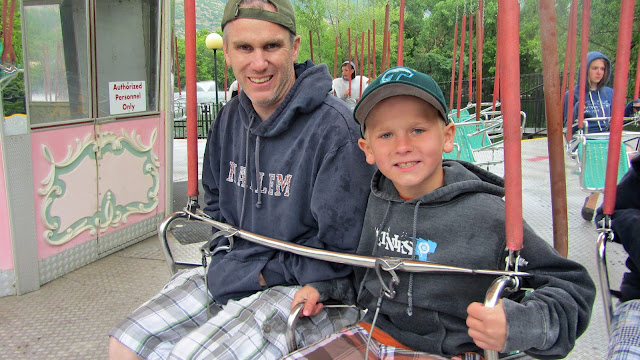 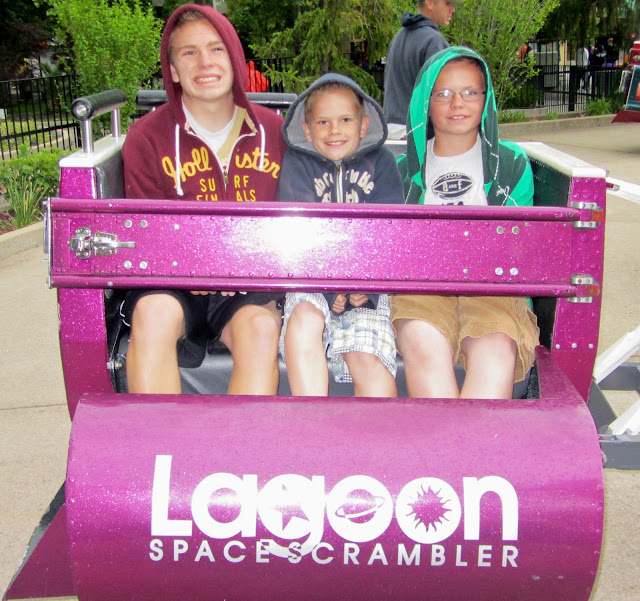 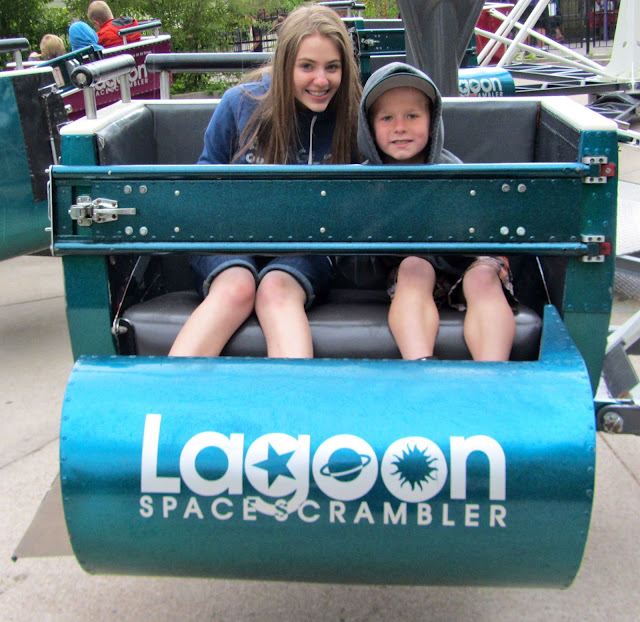 We took a little break from the park to eat lunch at In-N-Out! 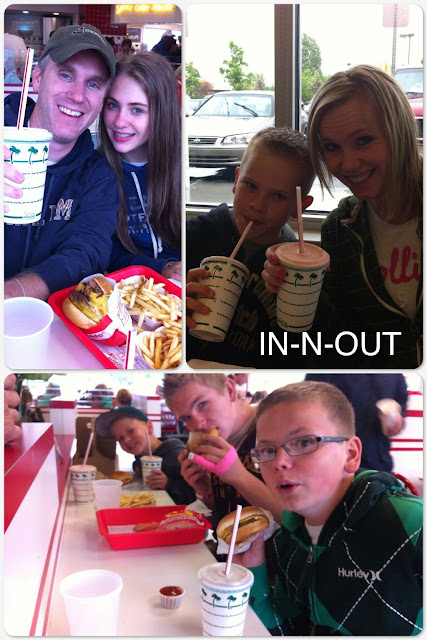 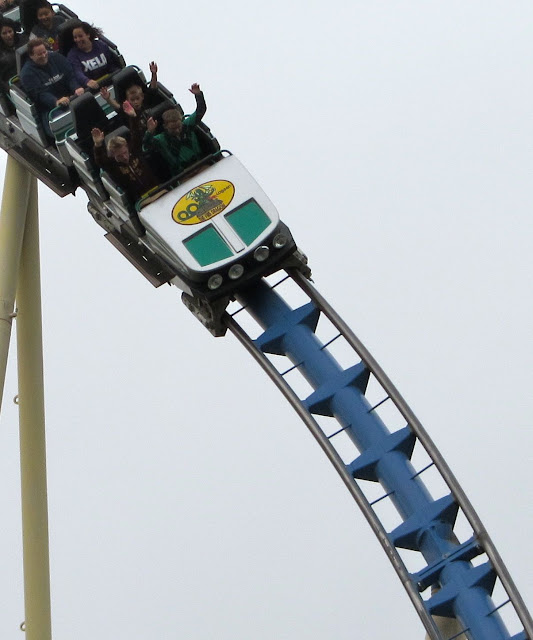 Here we go again!  The park got a little more full toward the end of the day! 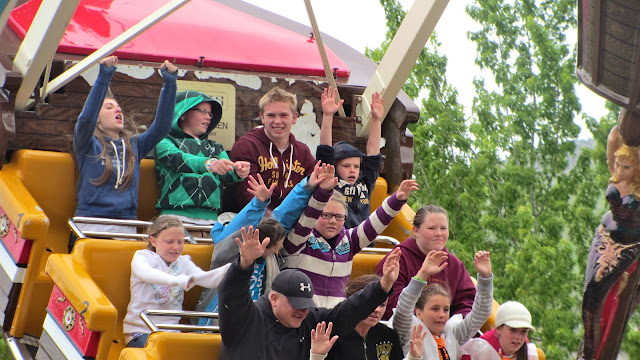 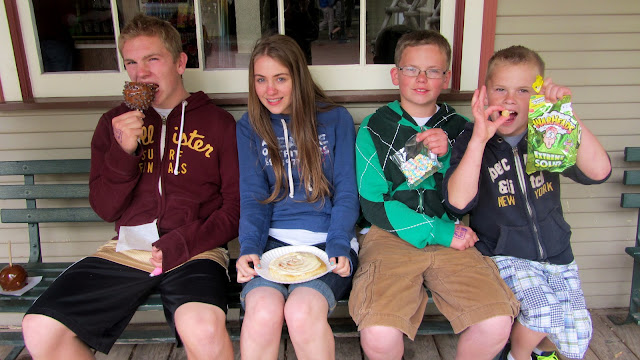 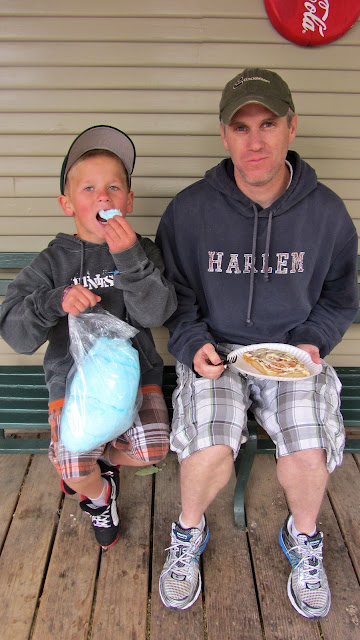 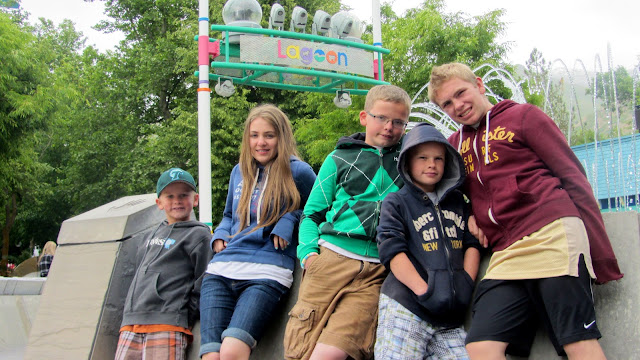 Oh My goodness! Lagoon!! Growing up in Salt Lake, this was one of my favorite things to do in the summer!! I miss it a lot!! I remember one time it was a day like that and so Rattlesnake Rapids was not busy at all! No line! We grouped up with some college kids and went on the ride like.. 7 or 8 times in a row?! it was nuts! But so much fun! What a great day you guys got to have!!